Based in Mojácar, Exclusive Airport Shuttles provide shuttle bus services and private taxis to and from Almería and Alicante airports to nearby towns.

The team wanted a website which was very easy for customers to use. The primary goal was to encourage more online transactions rather than purchases over the phone and in person. They also wanted agents to be able to sell tickets and pay later.

In order to create a user experience which took the passenger from enquiry through to purchase quickly and easily, we had to develop a comprehensive set of back-end maintenance tables to be managed by the team. In addition, we captured information for incomplete orders so that the team could follow up via email or phone.

We have enjoyed working with the team since the website launch in 2014 ensuring any bugs were fixed asap and adding new features as required.

"Exclusive Airport Shuttles engaged the services of the Made for Space team to create a new website and booking system to manage the airport shuttle business.

From our first meeting in 2014 through to today, I have been very impressed with the professionalism, communication and project management skills and continued customer support of the team at Made for Space. They understood the brief and produced a detailed specification following a series of meetings to discuss the complex nature of the project. The project was delivered on time and to budget.

They have transformed our business and the new system has allowed very significant growth over the last 15 months since the launch of the new website with considerably less staff resource than with our previous system.

The complex nature of our system has inevitably resulted in teething problems and glitches, I have been particularly impressed with the after sales service. Nothing was too much trouble and with the operation of our business, problems need to be rectified quickly to avoid clients missing flights.

Since the launch of the new website, we have instructed Made for Space to carry out a series of improvements. Each improvement has been handled in the same manner.

We would have no hesitation in recommending Made for Space for design and web based projects." 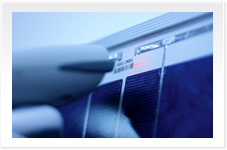 Based in Madrid, Ingenia is a solar PV engineering company who have provided detailed designs for more than 100 projects in Europe. Read more... 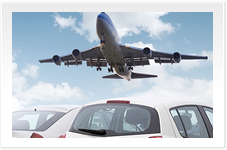 Based in Mojácar, AA Parking is a family run business that provides car parking and car rentals to customers at Almeria Airport. Read more...